So How Much Money Have You Spent On BullShit Affiliate Marketing Courses From 'gooroos' Who Have No IDEA Themselves?

I Don't Usually swear But...

Some of you may already be intermediate to advanced online earners/marketers - and some of you are probably making a heck of a lot of money too, and that's great!

However for most of you reading this, you've struggled, got burned, spent a bunch on PPC and failed, or you're just starting out and everything looks like a scam...

... or you finally figured out that you simply MUST stop the ratrace you're in to really 'make it' on your own, but you have no clue where to turn...

(Who are you kidding - when it comes to money & success we could ALL use an 'escape plan' from the system most are caught in... and I'm going to attempt to help YOU build that escape plan starting today!).

NOW is your time new friend! More than ever with so much uncertainty in your future and your families future. (Thanks Mr. Economy....). Anyway, let's get started

My name is Ben Fletcher

...and in the next 3 paragraphs, I'm going to tell you how I went from a flat broke car mechanic to quitting my job and pursuing the hobby that I love...

But first I want you to meet Mike:

Mike works as a Mechanic.

His job consists of starting at 7:30am and by 9am he would be up to his elbows in grease, this wasn't helped by the fact that he f****g hated his job and not a day would pass without some sort of argument with somebody.

Then one day, he was emptying a customers car out and as he was doing so, he noticed expensive suits, Shoes and a memebrship to an elite a Golf Club.

"Whoever this guy is, he's earning more than I am" Mike muttered to himself.

It was at that moment, that he realised there must be a better way to earn a living other than what he was doing.

Being a car mechanic doesn't pay very well, he was earning about $18,000 PER YEAR and that's BEFORE tax.

So he started researching online about ways to earn more money.

He found something that interested him, quit his job and dived head first into it, despite having less than $50 to his name in his bank account and no other job to go to.

His back was against the wall.

In case you're wondering...

"Mike" in the Story above is actually me.

(Below This was promoting a Bodybuilding product on clickbank, I have many more pages of email notifications like this for the same product, this is just one of them) 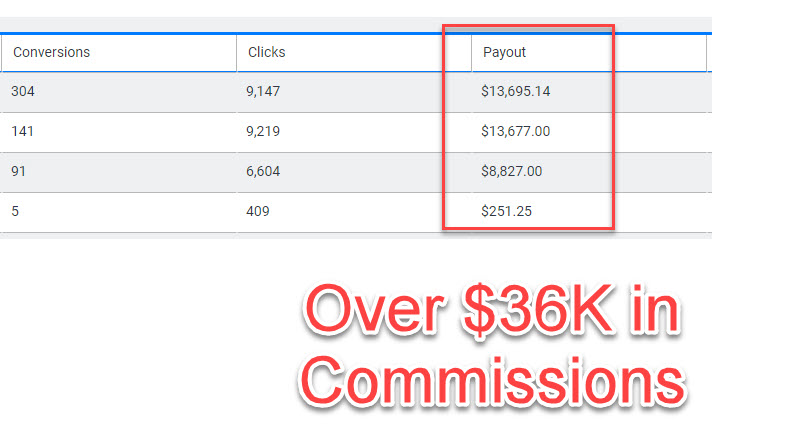 Before I go any further...

Here are the TOP 4 Mistakes that I see newbie Marketers (including me once) making:

Mistake #1. Wrong foundations: When you enter this business, you are pulled down many roads by MANY so called "experts". You see websites with pictures of money, houses, secrets, and a quick 'buy this and be rich' pitch, which you've probably fallen for a few times now. Getting the wrong foundation in this business is going to burn a hole in your wallet and time.

Mistake #2. Trying to do it on your own: Many marketers are quite competitive by nature, and so they think "This is a piece of cake, I can do this all on my own!". The truth is, you can't! You can definitely operate and make a consistent $10K a month on your own, however trying to make 6 figures and upwards online without networking with others is like trying to drive a car on one wheel.

Mistake #3. Giving up after one campaign: Some people give it their all, full throttle and nothing less. Then when they see that their first campaign wasn't profitable, and they don't understand why, they get discouraged and leave the industry blindly for the next person to take a crack at it (ahem **cough** this was me). Only the strong and patient survive, do not give up after your 1st attempt.

Mistake #4. The power of 'TAKING ACTION': So you talk the talk but can you walk the walk? I've invested nearly a decade of my life in this industry, and the one thing I notice about those that MAKE IT, is that they don't just learn/read forever, they absorb what they need and then they TAKE ACTION! Even if you fail, it's better than not taking any action at all.

So at this point, I have nothing else to tell you and you've really got TWO choices...

However, I'm not going to make that decision for you, I can't.

This has to be YOUR decision...

1. You can either continue to buy into pump and dump programs, the enemy of newbies all over the internet just like you, repeatedly buying junk from people who have no idea how to do Affiliate Marketing themselves, they're just rehashing crap they've heard in other courses they've bought from other people....

2. You can meet a REAL expert yourself and pick his brain along with his top affiliates on how they do what they do. (These are real, in the trenches, FULL TIME affiliate marketers earning six figs and upwards).

SOMETIMES EXISTING ON the internet can feel like being trapped in that dark room with Morpheus from the Matrix...

You know the one where he holds out his hands to Neo and offers up either a red pill of knowledge or a blue pill of blissful ignorance.

I'm giving you the same choice I was given way back in 2012, that allowed me to quit my job and make a full time income with affiliate marketing and still going strong nearly a decade later:

Be smart, take the red pill, know your enemy and see how it's REALLY done:

Carry on doing the same old shit you've always done
Among the lucky few, You are the chosen one

The choice is yours Neo

DO NOT COPY/PASTE, STEAL or RIP OFF ANYTHING ON THIS PAGE!! (Seriously don't, I'll find out)

Are you sure you want to keep buying into pump and dump programs, like this:

If so good luck and exit this page, I'm sure there's a nice "goo-roo" out there who will gladly empty your pockets.

You can meet a REAL expert yourself and pick his brain along with his top affiliates on how they do what they do. (These are real, in the trenches, FULL TIME affiliate marketers earning six figs and upwards).

This is my time...Take me back to the red pill
x

But before I send you there, I'd like to send you my 'Affiliate Marketing On CRACK' ebook. Inside you'll get...

I'm not going to write a long-winded privacy policy here, but rest easy that I will never ever sell or share your email address with anyone. Period.